Shirt on this cute cardboard robot

Danbo is a robot of cardboard which first appears in a comic Japanese manga called Yotsuba &I (よつばと! (Yotsuba to!) of Kiyohiko Azuma in this comic, Yotsuba Koiwaia 5-year-old girl is the protagonist and see the world that surrounds him, at number 28 one of her friends Miura Hayasaka is disguised robot for a science project, when Yotsuba asks how he is called the Miura robot that looks like your girl friend thinks that the robot is real and to not break this dream tells him that called Danbowhich is a play on words with the word Danboru (段ボール) in Japanese means corrugated cardboard. Such has been the popularity of the robot that even Amazon.jp has created an Edition based on the cardboard boxes of their shipments. Photographs of Danbo in Instagram or in Flickr they have grown up in a spectacular way. 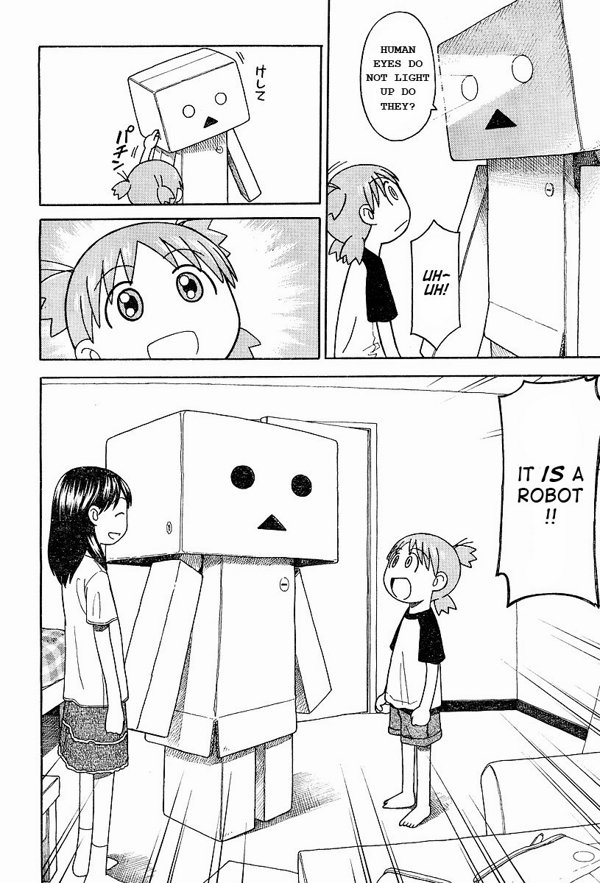